The HTC Hero Android phone was officially announced At a press event in London on Wednesday as the latest Google Android device.

The HTC Hero will be available in Europe starting in July and in Asia later this summer, while a “distinct” North American version will ship later in 2009. However, pricing was not announced at this time.

According to the CNET, The new Sense UI allows users to customize the device to their needs and give them more access to the information they want at a glance through widgets, customized profiles, and consolidated views of all communication with a contact, whether it be e-mail, text or multimedia message, Facebook status updates, or photos. In addition, HTC said that all of its future devices will use Sense UI.

Below is the Hero’s spec I got from Boy Genius Report website:

This morning I just had discussed with Tar (a friend of mine in Bangkok) about iPhone versus BlackBerry. Which one is better or is the winner? Tar admitted that he is now rooting for the iPhone resort. So do I declare that I am taking on BlackBerry side… hahaha. We kept debating to each other. I admitted that I did not like any other BB’s models except the Curve. I do like the fact that iPhone offers more applications. But, for personal purpose of use, I still want to pick BlackBerry over the iPhone. I think there are a few things that I cannot live if I have to use an iPhone. But for Curve, it suits me well at this point.

Anyhow, to backup my vision and thoughts, I decide to blog  about how well BlackBerry is doing in the market now. The news has confirmed that Research in Motion (RIM)’s BlackBerry is the one to beat.  Yeahh…!

International Data Corp’s Mobile Phone Tracker data puts Research In Motion at more than half of the smartphone marketshare for the first quarter of 2009: that 55.3 percent share compared to a 19.5 percent share for Apple’s iPhones. That’s a dramatic surge from two quarters earlier, when BlackBerry devices hung on to 40.4 percent and Apple had 30.1 percent, according to IDC.

A recent survey by Yankee Group revealed that of 41 percent of Americans who planned to buy a smartphone for their next phone, half were planning on a BlackBerry — is versatility. Sure, BlackBerry phones have reliable features and an entire app store, BlackBerry App World. But where iPhones and other flashy smartphones are often tethered to one wireless carrier in the United States — iPhone is exclusively AT&T, for example — all of the major carriers support at least one BlackBerry.

The new iPhone came out sooner than I thought. Here it comes – iPhone 3G S (S represents SPEED!). The iPhone 3GS has a new processor built-in. Apple claims that it is up to two times faster than the previous generation: Launching messages is 2.1 faster, load the NY Times in Safari: 2.9 times faster. It also consumes less, which has an impact on the improved battery life. Camera is improved – 3 megapixels sensor, special macro and low light modes, auto focus, auto exposure, and auto white balance, etc. (Check out for more detail from Gizmodo’s feature guide)

MSNBC reported about its price that

iPhone 3GS will be available on June 19 with the price of $199/$299 for only new and qualifying AT&T customers with (of course) 2-year contract. However,

Apple has Monday it has sold more than 40 million iPhones and iPod touches since the devices were first released nearly two years ago.

The latest Nokia cell phone in N series is coming soon. The N97 will pack with ton of features. This model is a bit different from others in the same series. The N97 can slide on the side! Take a look at the preview.

the N97 will cost$699. Nokia did not confirm an official launch date for the U.S.. However, in the U.K. the phone will be available on June 19 at the company’s flagship stores, so it is safe to assume that the New York and Chicago Nokia stores will carry the phone around the same time.

Also, you can pre-order an N97 as of today from Nokia’s website, in either black or white.

The N97 features a 5-megapixel camera, 32GB of on-board storage (expandable with up to 16GB via microSD), GPS, and a full QWERTY keyboard. The N97 is set to battle-it-out this summer with the Palm Pre (coming on June 6) and Apple’s new iPhone.

One of the new coming cell phone that people have talked about the most is Palm Pre. Palm Pre will be available June 6 for about $200 with 2-year contract from Sprint. The Palm model is released to compete with iPhone with the similar functionality and capability such as a large capacitive touch screen, Wi-Fi, 3G, GPS, 8 GBof storage, and Bluetooth. 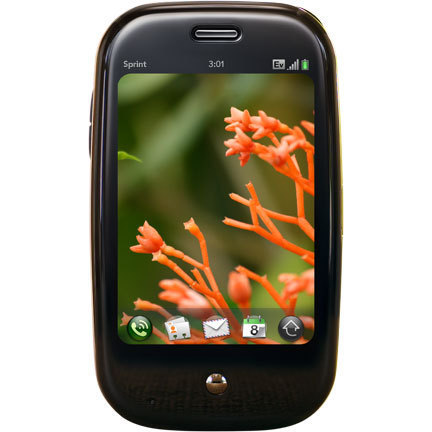 The review from Gizmodo.com stated that the Palm Pre is much smaller than what you think. It’s as big as an iPod classic, but is not as thin as iPhone. The hardware and compartment are high quality, but the shape and design are not there (Uhhh.. I totally agree with that! hahaha).

You can read more detailed review and gallery from Gizmodo.

As Skype has announced on March 31,the Lite Skype would be available in this month for BlackBerry Bold and Black Berry Curve users. This is a very good news for me since I have been using Skype and SkypOut almost everyday. This would be a lot more convenient for me to call back to Thailand or even received a phone call from other countries.

You will be charged by your mobile operator for local air time and data usage based on the type of calling service and data plan you have purchased. Since the lite version of Skype uses a mobile data connection to sign in to Skype, update your contact list, update presence and send/receive messages, you will be charged by your mobile operator for data usage. You will not incur charges from Skype when you make Skype-to-Skype calls or send instant messages to friends on Skype; however national calling rates apply from your mobile operator due to the use of local air time. Skype will charge its regular very low Skype rates when you call landlines and mobiles using Skype or when you receive calls on your mobile handset from other Skype users or people calling your personal online number.

The beta of the lite version of Skype will be available as a free download to BlackBerry smartphone users beginning in May from www.skype.com/m using their BlackBerry® Browser.

What an awesome news!! Finally, BlackBerry Curve with a new look has just been released. Thinner and cooler – Ofcourse!

– The size is awesome — totally small enough to be pocketable, but not too small where sacrifices on the keyboard had to be made.

– The screen is flawless! It’s denser, crisper, and sharper.

– The keys feel more “fuller” and not hollow like the original 8300 did. They’re also decently spaced.

Are you going to get this new toy?

Yeahh… eventually I have purchased a new cell phone. My new toy is Nokia N85. I totally love it! I can snap a photo and upload to the Internet to share with anyone right away. Plus, these services are free and managed by Nokia. Nokia offers a website, called Ovi, where you can upload pictures, video clips, contact information, to-do lists, and calendar. You can also snychornize it with your cell-phone too.

Ovi is also compatible with Flickr. I don’t think you have to have Nokia in order to sign up as a memeber. So, if your cell phone can go online or have the Internet access, you definitely should try Ovi.